Howard Kantorowski has per­formed and played on his accordion since April, 1961. Beginning at the Rob­ert Mitchell Accordion School of Music, Howard worked his way through select­ed classical compositions from the Pietro Deiro Conservatory of Accordion approved courses of study.

Making his way to the annual Western States Accordion Festivals in Los Angeles, he received first place trophies in multiple catagories in 1965, 1966, and 1967. He also received musical instructions from Charles I. Bertolino at Bertolino’s Music Center on El Cajon Blvd, and purchased his first electronic Iorio Accorgan from him.

In 1968, he began his professional career reading music for the accordion at the Little Bavaria Restaurant in Del Mar, CA, and in 1972 the House of Munich Restaurant in Chula Vista, CA. It was here that he decided to major on the accordion at San Diego State University, and receive guidance from the professor of accordion instruction in the music department, Mr. Donald Balestrieri.

Continuing with his graduate work and his Master’s Degree in music history, Howard transcribed a piece for the accordion, with permission, from the composer-in-residence, Paul Creston in Rancho Bernardo, CA. After graduating in 1982, he received his Master’s Degree in Special Education from Chapman University, and went into teaching at a public school in La Mesa, La Mesa Middle School. Teaching special needs students, assisting in the school district’s Peter Pan Junior Theater, constructing, compiling, and editing entire musicals on the computer for piano accompaniments, and being band and orchestra conductor at the middle school was all in Howard’s calling.

Howard has performed all around the San Diego area, with the Original German Band, at various local Oktoberfests (La Mesa, San Diego, Karl Strauss), the Roman Holiday Band in Little Italy, the Ger­man Zeitgeist Band (Los Angeles, Downtown Disneyland), Starlight Opera, the San Diego International Airport, and in other small musical groups whenever the accordion is needed. As an active member of the Musician’s Union Local 325, the American Musicological Society, and supporter of the ALSI accordi­on club, he continues to exceed expectations in the field of musical performances with his Petosas and Roland V-accordions. 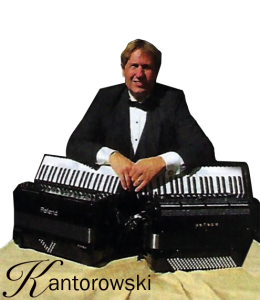 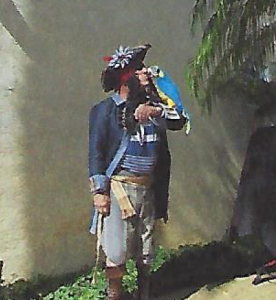